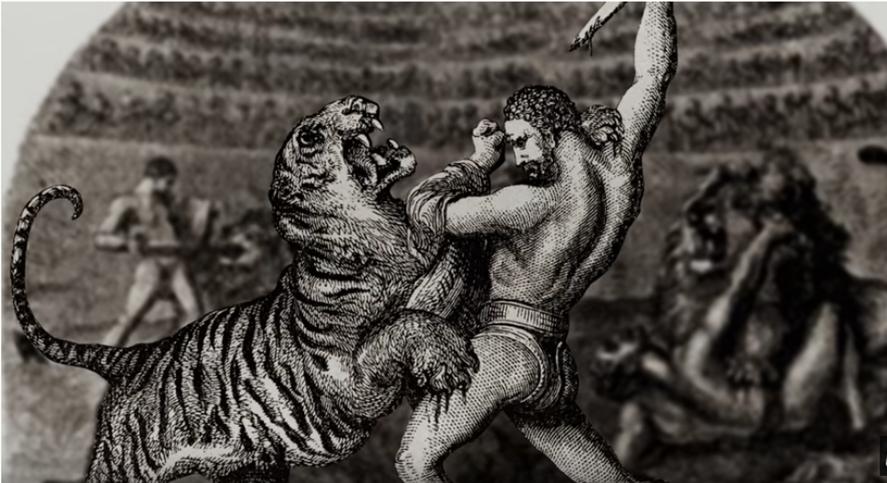 This is my synopsis of an article written by Dr. Anthony Gustin, DC, MS, author of Keto Answers on The Game Changers published 11/10/2019. The full article is here .

The Game Changers movie is a film about plant-based eating, protein, and strength, touting the benefits of veganism. Narrated by James Wilks, a former winner of The Ultimate Fighter and elite special forces trainer. In this documentary, James interviews several elite athletes that have gone the vegan route, including Arnold Schwarzenegger, Scott Jurek, and world-record-holding strongman Patrik Baboumian.

Hidden behind the guise of groundbreaking science on human performance, Wilks and his team perpetuate some outdated myths regarding diet and protein consumption, plus the alleged pitfalls of animal products.

Who’s Behind The Film?

The films executive producers include Jackie Chan, Louie Psihoyos, and James Cameron and his wife Suzy Amis Cameron.The Cameron’s are also the founders of Verdiant Foods, an organic pea protein company, “Cameron has the goal to become the largest organic pea protein fractionation facility in North America. So he definitely has skin in the game, right?

Of course you want vegan “experts” to talk about veganism. But any balanced film on nutrition for athletic performance would interview an array of nutrition experts; not just the ones making money off a vegan agenda.

Questioning The “Facts” Inside The Game Changers Movie

Diet As The Only Path To Fitness

This documentary does a fantastic job highlighting a select few athletes that also happen to eat a vegan diet. The reductionist view of fitness as a result of diet alone (that’s portrayed in this film) is short-sighted at best — deceptive at worst.  These aren’t your average Joe’s working a nine to five trying to keep their heart health and weight in check. These people live, eat, sleep, and breathe fitness. So yes, they perform at insanely high levels.

Interestingly, there was very little talk about what these athletes ate before they switched to a vegan diet. Sure, we know they ate meat — but what quality of meat? It makes sense then that switching from a diet made up of mostly low-quality fast food to a diet full of whole foods would make you feel better — regardless of whether you’re vegan, vegetarian, paleo, or Keto.

You can’t fairly assert that switching from a fast-food diet to a vegan diet is going to make you feel better solely because you’re eating more plants. What about all the preservatives, sugar, processed ingredients, and additives that this person is also no longer consuming?

The Early Humans Diet — We Are Omnivores

The filmmakers try to get the point across that we, as human beings, are not meant to eat meat.

They also bring in some mind-shattering evidence that early human beings did, in fact, eat plants. One of the scientists even goes on to state that plants are high in vitamin C, and since our bodies can’t make vitamin C, it’s clear that we are meant to eat plants. Well, yes, but does that mean we should only eat plants. We should eat a balance of both. In other words, humans are omnivores.

The filmmakers argue that plant foods are quality sources of protein and are, in fact, better sources of protein than animal based foods. To unpack this one, we need to dive into the concepts of a “complete protein,” and “protein quality” first. Animal protein sources come naturally packed with all of the essential amino acids in amounts that your body needs to function. Plant proteins, on the other hand, do not. Consumption of a meat-containing diet contributes to greater gains in skeletal muscle mass than a vegetarian diet in older men. A diet high in fatty fish like salmon and mackerel improves inflammatory conditions like heart disease. These studies aren’t focused on elite athletes with perfect health, but members of society that require more attention when it comes to nutrition.

The heart disease debate is always a fan favorite among vegans when talking about meat consumption. Typically, they rely heavily on the cholesterol-lowering aspects of a plant-based diet.

What’s not up for debate, however, is the link between obesity and heart disease. High blood lipids, high blood pressure, and impaired glucose tolerance are all associated with obesity and heart disease. So the question then becomes: what caused the obesity epidemic in the United States? In fact, the rise of the obesity epidemic correlates closely with the rise of low-fat dieting.

Dean Ornish states, ”People who eat a diet high in animal protein have a 4-500% increase risk of dying from various forms of cancer and type 2 diabetes. Researching supports a plant-based diet for diabetes but goes beyond protein sources to also include the type of carbohydrates and fat that should be consumed as well. The vegan diet may be many things, but it certainly is not low-carb.

And as for animal protein and diabetes, protein-rich dairy products have been consistently shown to reduce the risk of developing diabetes.  Could it be that a diet that avoids processed grains and focuses on real, high-quality foods is the answer to diabetes?

This non-clinically validated portion of the film may have been one of the best smoke and mirrors pieces of all. In this segment, they tested the blood of three Miami Dolphins players to assess endothelial function. Endothelial dysfunction can be helpful in predicting stroke and heart attacks due to the inability of arteries to fully dilate. Therefore, poor endothelial function is seen as a potential predictor of heart disease. To everyone’s shock and surprise, the vegan team member who does not indulge in fast food showed superior endothelial function. The concept of food quality is never mentioned.

The Takeaway: More Fiction Than Fact

While the feel of the film is going for a real-time discovery of the benefits of a plant-based diet, this sentiment feels contrived at best. By framing James’s interviewees as some of the toughest athletes in professional sports, Wilks makes a strong one-sided argument for the benefits of the vegan diet. Strategically omitting any evidence that you can be a high performer and eat meat. Interviewing special ops soldiers and elite athletes is interesting, but how is the general public supposed to compare?

Did You Know:
That the 14th of July is World Blood Donors Day

This site is designed for educational purposes only and is not engaged in rendering medical advice, legal advice, or professional services. If you feel that you have a medical problem, you should seek the advice of your physician or health care practitioner. For additional information please see our Terms and Conditions