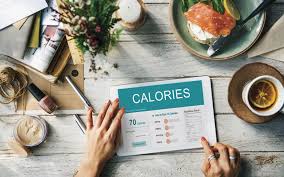 While I am not in favour of being a calorie counter to maintain weight loss or good health, it is a strategy often required to “get” to that point of maintenance. Being a mindful eater is more important in my view.

However, in saying that, it has been established that the average minimum daily energy requirement for a person is about 1,800 kilocalories (commonly called calories). But did you realise that Americans eat an average of over 3,700  a day while at the other end many African nations survive on less than 1,600? That  is 40% LESS than most Western nations.

Most European and North American countries range from around 3,600 – 3,500 calories a day while  South American and Middle East countries consume 3,190 – 2,890. Head down to SE Asia and you will find an average of 2,200 calories being consumed with the lowest intake in Congo at a low of 1590.

The Western world is getting fatter and in the UK there is a new push to have Britons cut their meals from a 3,340 calorie count to just 1,600 a day, and 200 calories for snacks, in tough new health guidelines. Just to burn that snack of 200 calories alone, means working in the garden for 40 mins, running up and down the stairs for 25 min or  taking time out for an hour of bowling!

Below is an abbreviated version of the article but the full report, previously published by the Daily Mail, Dec 2017 can be read here

There is a push to reduce British calorie consumption to 1,600 calories, well below the current recommended daily intake of 2,000 calories for women and 2,500 for men. Those who exercise regularly can have even more.

Britons are being told they should limit themselves to 400 calories for breakfast, 600 for lunch and 600 for dinner, and can also eat two healthy snacks of up to 100 calories each.

The suggestions from Public Health England (PHE) do not include drinks, but snacks and healthy hydration are likely to keep the total below the current  recommendations.

PHE, which is the Government agency for preventing ill health, claims they are merely a ‘rule of thumb’ rather than strict limits.

Officials claim the average adult is overeating by 300 calories a day, and this so-called ‘calorie-creep’ is leading to a steady weight gain. But Tam Fry, of the National Obesity Forum, said: ‘This is a panic measure to get the public to understand they are eating too much.

“Portion sizes are getting bigger and bigger and people are mindlessly eating them just because they are there. The idea is sound because we are eating too much, but my feeling is the thresholds are too low.”

Christopher Snowdon, head of lifestyle economics at the Institute of Economic Affairs think-tank, added: ‘It’s been well established for decades that reasonably active people need between 2,000 and 2,500 calories a day to maintain their weight.

“Public Health England’s latest calorie guidelines are not based on evidence and are essentially a lie designed to manipulate people into eating less.

PHE has suggested the same total for both sexes, even though men need significantly more calories, to keep the idea as simple as possible.

In keeping with the new guidelines, Britons will be urged to be cautious at sandwich bars, coffee shops and restaurants, where portion sizes tend to be substantially larger.

While eating out was once considered a treat, busy modern lifestyles have made it more of a habit for many.

Obesity rates for British men and women are the same at 27 per cent – which is the highest of any country in Western Europe.

PHE officials are in talks with coffee shop chains and supermarkets to promote healthy breakfast and lunch options within the limit. But many popular choices fall outside the total.

For example, a large bowl of breakfast granola can contain 500 calories, while a muffin and a latte have 600 calories.

A meal deal lunch of a sandwich, crisps and fizzy drink has 700 calories and an Indian takeaway can contain 1,300 calories.

Officials have deliberately set the guidelines low because they suspect adults will underestimate their calorie intake and will fail to account for calorie-laden drinks including lattes and alcohol.

Many Britons will have over-indulged over the festive period and the average adult eats 5,000 calories on Christmas day alone, double what they need.

Figures show that 71 per cent of adults aged 45 to 54 are overweight or obese, while 25 per cent have high blood pressure and 19 per cent do almost no exercise. They are much more susceptible to diabetes, several types of cancer, heart disease, strokes, liver failure and dementia.

This year I’ve dropped the adverts

If you have a WOE topic you would like researched - just email me and I will post a guide here.

This site is designed for educational purposes only and is not engaged in rendering medical advice, legal advice, or professional services. If you feel that you have a medical problem, you should seek the advice of your physician or health care practitioner.

For additional information please see our Terms and Conditions